The ultimate guide to get an Australian boyfriend

I’m not too sure whether it’s the blond hair or the surfboards or both, but there’s something about Australian guys, isn’t there? In this article full of clichés you’ll learn all the tricks to meet Aussies and convince one of them to be your boyfriend. You can thank me later!

Where to find them?

You wouldn’t want to choose the first Aussie you meet, would you? So go where there are plenty of Australians! If you have time and money, visit Australia. After all, it’s still the best place on Earth to meet Aussies. Afraid of spiders, sharks and koalas? Try New Zealand, Indonesia, Japan and New York City. Why? Because these are the top destinations for Australian travelers! If you can’t afford to hunt down the love of your life that far, choose the closest option. For instance, broke French girls will go to Hossegor ; a famous French surf spot that is full of Aussies! Once you’re there, if you find one who speaks a bit of French, it’s a rare species so don’t let him go!

Once you’ve found your Aussie prey

Once you’ve met an Australian guy you have a crush on, you still have to convince him that you’re the one.

Here are a few tips to speed up the process :

– Don’t get too tanned, otherwise you’ll look like an Aussie girl and you’ll lose all your exotic sex appeal.

– If you don’t know how to surf, perfect! He will love to teach you. If you do, just pretend like you don’t 😉

With all that, your Aussie prey is still cold as ice? Try the ultimate trick…

Spread Vegemite* all over yourself and wait for his reaction! If nothing happens, smear Vegemite all over your naked body and start a sexy dance, that should do it 😉

*For those who are not aware, Vegemite is an Aussie variation of Marmite (it looks pretty much the same but it’s better, always say it’s better!). Aussies have it on toast with butter or avocado. When you have it for the first time, you’ll find the taste very strange but pretend that you like it. For some reason you’ll want to try again and then you’ll start loving it! (true story)

You’ve made your way to his heart and he wants to introduce you to his family? You’d better be ready for this final step! Your beloved’s family will probably invite you over for a meal, so…

– If they cook kangaroo, forget you’re a vegan, keep your tears for later and ask for more!

– French girls, if they offer you cheese, say thanks but no thanks! They’ll probably give you cheddar that tastes like plastic… Worst case scenario, just swallow it straight!

– If they organise a barbecue, offer to help your beloved’s dad (it’s always men who take care of barbecues, right?) and tell the mum the now famous sentence «I’ll slip an extra shrimp on the barbie for you»!

That’s it for now mates. I hope my advice helps you find your perfect Aussie boyfriend. Let me know if you do, we can share our stories! For the record, I found my Aussie prey in New Zealand. Good luck! 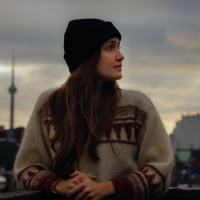 Shut UP Sharon you socially retarded wombat. It’s clearly a joke… What a boring fuck u must be in real life. How embarrassing for you that you took this shit so seriously.

I’m a 28 year old Australian male. I do none of the things on this list. My French girlfriend shared it with me.. And we found it funny because I basically fit none of the criteria of what the people tend to think of an “Aussie boyfriend”. I’m only writing because I was so disturbed by your comment and the fact that the author felt like she needed to even respond to it.

You offend me with your lack of sense of humour and poor judgement.

Very funny and cute post Fanny I love it!!! You brightened up my day 🙂 You are most definitely right about coffee – Aussies and kiwis are obsessed with their coffees, usually flat whites haha

Jesus Sharon, what is wrong with you?! You need to go buy a humor sensor, because clearly you can’t.